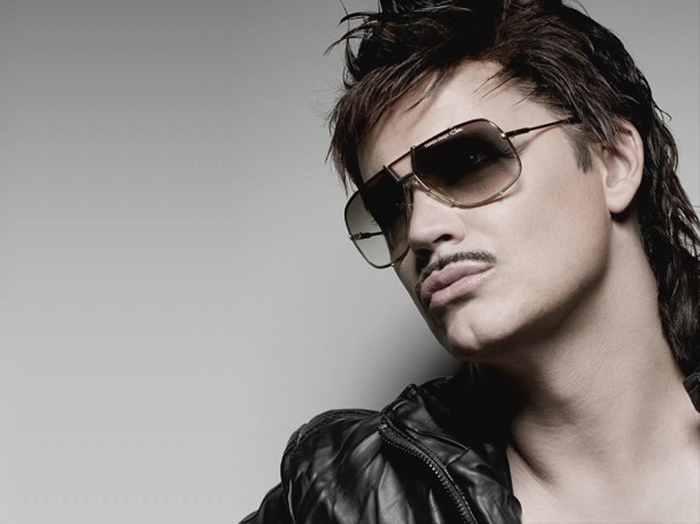 Günther’s first single, “The Ding Dong Song”, was released on May 24, 2004 under Warner Music Sweden. At another point during 2004 the group released a full length compact disc entitled “Pleasureman.” (A nickname of Günther’s) The CD featured similar songs to “The Ding Dong Song” with heavy dance beats. In the month of October 2005 the group released their entire album on popular online music stores such as Apple’s iTunes.
Present Activities
On March 11, 2006, Günther and the Sunshine Girls competed in the Swedish Melodifestivalen in Gothenburg, though they didn’t receive the required number of votes to qualify for the finals and represent Sweden in the Eurovision song contest.
Günther’s first performance in the US was on February 3, 2006, at Yale University in New Haven, Connecticut; he performed “Tutti Frutti Summer Love” and “Ding Dong Song” as encores after enthusiastic shouting of “Gunther, Gunther” and “Ding Dong Song, Ding Dong Song” by Yale undergraduates. Günther closed out the performance saying, “I love Yale. Always remember: sex, love, champagne, and respect.”
On May 7 he performed at the Tower Club, a Princeton University eating club. He performed a set of 5 songs from his Pleasureman album, two of which were encores (“Teeny Weeny String Bikini” and “Ding Dong Song”), to an enthusiastic crowd of Princeton undergraduates. Throughout the performance, security personnel had to forcibly remove a number of students from the stage to prevent their repeated attempts to interact with Günther and the Sunshine Girls.